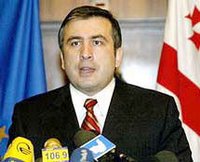 Responding to the call of new Georgian President Saakashvilli, ERforS and Expodium organize a site specific project. This call was for Georgians, who have studied and worked abroad, to return to Georgia and help to rebuild the country. ERforS respond to this call was to investigate how art could contribute to this quest for freedom and democracy. Should Georgia change something and if so what and how? What is freedom and what is democracy? For the project it is important to have an open view towards the situation and not have a fixed idea about Georgia at the moment. The interaction with artists and locals was important to understand more about Georgia and it's future. With small interventions and works in the public sphere ERforS created changes and stimulate the use of committed art.

'We think the influence of our installations, projects and interventions will create small scale differences in the city. The interaction between the inhabitants and audience will hopefully create an interesting soil for committed art and the future developments of GeoAIR and other organizations in Tbilisi'. - says ERforS

Besides the individual projects the Dutch artists did series of the lectures at the Tbilisi state academy of arts. The themes for the lectures were based on the gaps of knowledge in the art academy, as defined by GeoAIR and teachers from the academy, and related to the artists practices. Lectures were held on the topics of: the artists role in the society, using the knowledge of traditional craftsmanship in contemporary design, cross disciplinary cooperation, curatorial practices and the artist as an one-man enterprise. 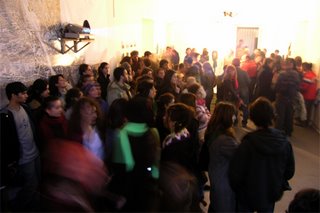 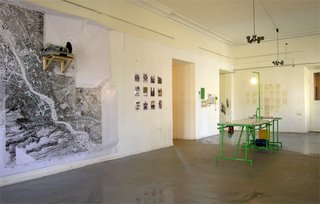 Participants and their works:
Maarten Vanden Eynde (BE/NL) www.massproductions.nl
Preservation of the Future project. "After the Independence of Georgia in 1991, many things have changed. The Lari, for instance, became the new currency in 1993. The western economy was introduced and brought many new products, which made others disappear. To ensure the remembrance of this period in Georgian history, I want to collected artifacts representing Georgia at the present moment and put them in the ground, for future archaeologists to discover."
Marjolijn Dijkman (NL) www.marjolijndijkman.com
Street Kiosk project. "During my stay in Tbilisi I conducted research on the transition of the street kiosk and the way people developed and constructed displays to sell their goods in the city."
Marika Asatiani (GEO)
Is a photographer and she exchanged places with Maarten van den Eynde who was taking part of the residency program in LA. During Maartens three weeks of stay in Tbilisi she took his place and went to LA.
Daan van der Berg (NL) www.rotterdamsekunstenaars.nl
Designed a kitchen suitable for the gallery using the materials the he could find in Georgia. Kitchen had several uses during the project.
Stefaan Dheedene (BE) www.stefaandheedene.com
By observing the situation on Rustaveli just around the corner next to the gallery where this group worked, and where the demonstrations take place, Stefaan made videos registering these happenings.
Suze May Sho (NL)
Rosell Hijmen, one artists from the trio Suze May Sho http://www.suzemaysho.com/ She collected material for making a book. For this book she asked Georgian and Dutch artists to contribute their works.
Eric von Robertson (USA) Center for the Advancement of Recreation and Leisure http://carl.typepad.com
Designer Eric von Robertson participated into different projects with various Georgian artists. His projects are mostly of right here right now character and have performing or playing character. Woolen outfits for the street dogs were designed during his stay in Tbilisi
Orgacom (NL) www.orgacom.nl
The Dutch artist initiative Orgacom issued a prize of 850 Lari for the best Initiative, to groups or duo’s of artists and designers for the most imaginative proposal for an artist initiative in Tbilisi. The winner group T.Chapodze; I.Svanidze and G.Doborjginidze, got the prize for realization of the project “Mental Hybrid”. Taike Asselbergs from Orgacom will assist the group further for enlarging their network and creating possibilities outside Georgia.
David Djindjikhachvili (GEO/NL) and Krzysztof Wegiel (PL/NL)
Registered the whole project on video and will make a documentary about the activities and outcome that took place in Tbilisi and later in Utrecht. They also started one Minute Video workshops where students of the art Academy could participate. David and Krzysztof would help the students with filming and editing. In total there were 21 one-minute films made by the Georgian artists that will participate in the one-minute competition that is taking place in Amsterdam.

Media attention:
The project got a lot of media attention and therefor reached even more people than the ones that visited the project space and presentations.
TV: Rustavi 2, Imedi TV and 1st channel news covered the project.
Radio: there was a radio broadcast from the 1st channel.
Newspapers: the newspapers 2x 24 hours and Resonance wrote three articles about the project. 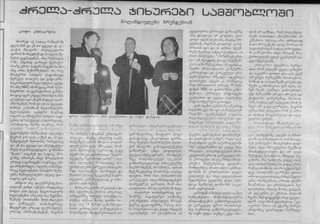 For the realization of this project GeoAIR thanks the Dutch Embassy in Georgia and the National Art Center in Tbilisi.

See more on: www.enoughroomforspace.org
Posted by GeoAIR team at 6:09 AM 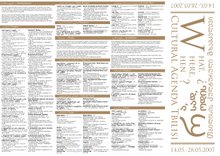